The former Buda Civic Casino reopens in the 1st district of Budapest as the Sándor Márai Cultural Center: the building has undergone a careful renovation respecting its past and architectural values as a community and cultural centre, but also integrating new functions. The building was renovated by the plans of interior designer este’r partners (Eszter Radnóczy) in cooperation with architect studio Jassó Építészműhely (Sándor Jassó and Adrienn Bársony) while the consturciont was completed by Laki Zrt.

The headquarters of the Buda Civil Casino was built in 1893, according to the plans of Imre Francsek, sr. The casino operated on the first floor, with several lounges, drawing and games rooms next to the ballroom. There was a restaurant in the basement, several shops on the ground floor and three rental apartments on the second floor. In the corner shop on the ground floor there was first a beer hall, then a bank, later the confectionery of József Auguszt from 1901 to 1915, and in 1936 the Philadelphia café moved here. After the Second World War, until 1989, the building was the district headquarters of the Hungarian Socialist Workers’ Party (MSZMP), the Hungarian Young Communist League (KISZ), the Pioneer Association and the Workers’ Militia, with a hairdresser and a delicatessen on the ground floor. The latter operated under various company names until the start of the renovation. For several years, the Municipality of Budavár has taken steps to buy out the flats and offices when the building was split up and sold, and eventually the entire building became the property of the Municipality. During the measurements, the design team first encountered fragmented, divided, narrow and gloomy spaces.

From the beginning, the municipality of the 1st district sought to save, renovate, and add new features to the building. The building is of architectural significance; its most important spaces, even after previous simplistic restorations, are the imposing first-floor ballroom and the main staircase. At the start of the design, the inner courtyard, the ballroom, the street façade were only faintly reminiscent of the original patina of the building. In addition to the functions and modern expectations that serve the needs of the cultural center, preserving, respecting and restoring of the existing values were all priorities throughout the construction. 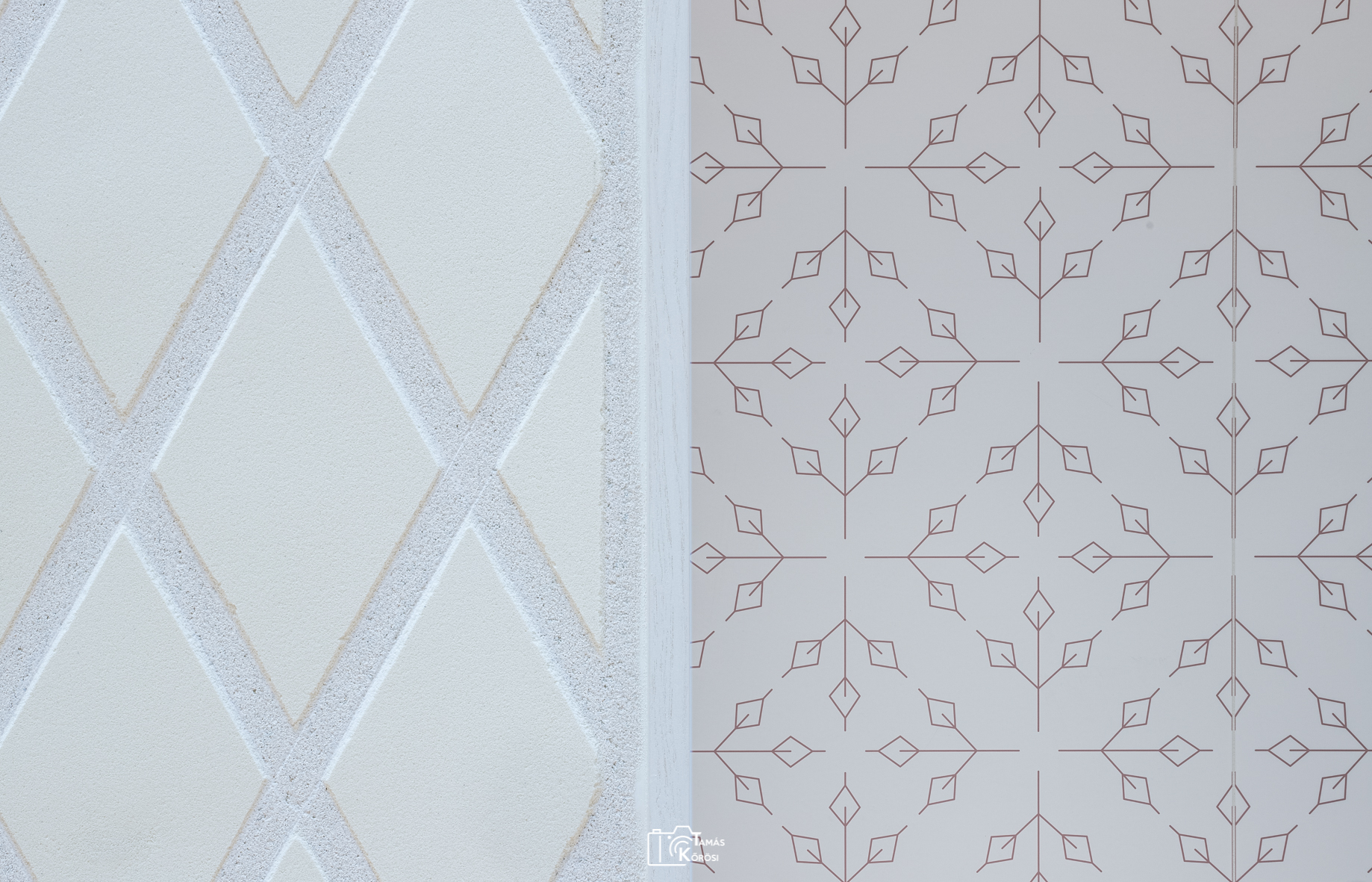 The tower of the building was destroyed during the siege of Budapest in 1944–45, and its façade was severely damaged. The façade was restored according to László Lux’s plans in 1946, but the corner tower was not repaired, and the façade was completely denuded, including the intact parts. The restoration of the corner dome was a priority in the design process. The appearance of the corner tower is important not only outside but also inside the building. Both the performance hall and the dance hall have a great view from this point, from here we are able to see the church on Krisztina Square, the square and the Buda Castle.

A wall analysis was carried out before the construction began, during which it was visible that after the renovation of the façade in 1946, the entire façade surface had been completely re-plastered, so no fragment of the original architecture remained. We know the original condition of the façade only from archive pictures and postcards. The former segmentation of the façade of Krisztina Square and Alagút Street, the destroyed corner tower, as well as the main staircase and the ballroom have been restored based on historical and archival research. Unfortunately, there were not enough resources available for the complete reconstruction of the former detailed façade ornamentation.

From the beginning of the design, it was important that the historic restoration of the building is carried out by professionals with authenticity. A new space was born by covering the inner courtyard, which became the centre of the house, as it connects the current spaces. This area needed to be reinvented in terms of interior design.

The inner courtyard façade was plastered with a special stencil technique. Among the above mentioned solutions, the designers used a unique structured plaster solution in the façade decoration, which adds a subtle ornamentation to the new community space. The pattern of this is taking forward the idea of the original ornamental painting’s geometric pattern found in the ballroom.

During the renovation, the building has returned to its original splendour. It can host artistic and community events and can be a remarkable centre of cultural life. Unique spaces and spatial connections make every moment festive during any events, classical music concerts, festivities, balls, weddings, exhibitions and other art performances.